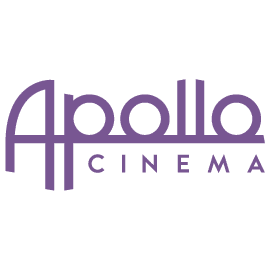 I Drink Your Blood (1971)
18A, 1h30m
A band of Satanist hippies roll into a town and begin terrorizing the local folk. After raping a local girl, her grandpa goes after them, only to be beaten and forced to take LSD. His grandson then plots revenge on the Satanists by feeding them meat pies infected with blood from a rabid dog. They turn into crazed lunatics and begin killing and/or infecting everything in their path.

“Durston directs with a raw force and pace.” — Joe Dante

What happens when you mix together the 80s, the two Coreys, babes, bikes and a lot of blood? You get one of the best vampire movies ever made!

Drunken Cinema invites you all to SANTA CARLA (a.k.a. Apollo Cinema) to participate in an interactive film going experience in celebration of THE LOST BOYS! Re-live the vampires’ keen fashion sense, Kiefer Sutherland’s goosebumps-inducing evil laughter and of course THE FROG BROTHERS in a great theatre with a rowdy crowd!

*Customized playing card and additional prop are included in the price of admission. Groupons not accepted.

The Lost Boys (1989)
18A, 1h37m
A mother and her two teenage sons move to a seemingly nice and quiet small coastal California town yet soon find out that it's overrun by bike gangs and vampires. A couple of teenage friends take it upon themselves to hunt down the vampires that they suspect of a few mysterious murders and restore peace and calm to their town.

Barbarella, a 41st-century astronaut, is sent to a distant planet to nab Durand, an evil man, who is a threat to the future of earth.

Want to know what's screening next?

Sign up for our newsletters to get updates on events and screenings right to your inbox, so you never miss a show!